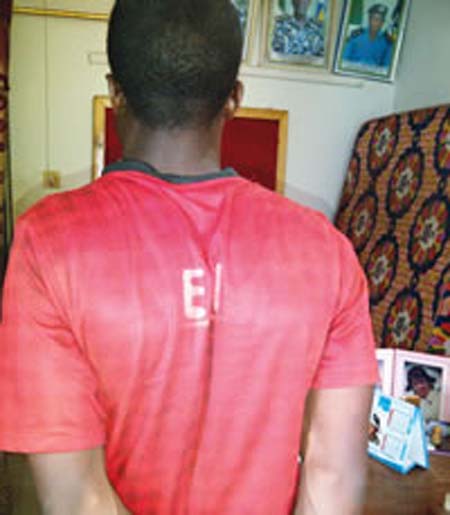 A 25-year-old bricklayer, Akinloye Anuoluwapo, has been arrested by the police for slaughtering his 21-year-old girlfriend, Rafiyat Akinyemi after he was jilted by the deceased.

It was gathered that Anuoluwapo allegedly murdered Akinyemi for her refusal to continue dating him.

An OND graduate of the Lagos State Polythenic Ikorodu, Akinyemi was said to be home alone last Wednesday, when Anuoluwapo came calling.

It was further gathered that the embattled lovers, who had dated for over a year, split up late 2012 despite attempts by Anuoluwapo to prevent it.

Sources said that Anuoluwapo knew that Akinyemi’s mother and siblings usually left the house before 8am each working day, so, he subsequently sneaked into Akinyemi’s family home at about 8.30am on the day of the incident. As expected, Akinyemi was alone.

Anuoluwapo was said to have made several attempts to have sex with Akinyemi. It was learnt that it was in the ensuing struggle that Akinyemi met her end.

Anuoluwapo, who is being detained at the Ogijo Police Division, said, “I don’t know what came over me, I just wanted us to reconcile and continue our relationship.

“Each time we break up, I am always severely affected; I converted from Christianity to Islam because I wanted to marry her.

“I even moved from my one-room apartment to self-contained accommodation so that she would be more comfortable. My visit was meant to be for a discussion but it degenerated into a quarrel.

“Akinyemi was not even aware that I had a knife on me when I forcefully had sex with her.”

The police said Anuoluwapo used the knife to cut Akinyemi’s throat and later had sex with her while she bled.

But the estranged lover claimed that she was still alive when he had sex with her on the couch in the sitting room.

Unknown to Anuoluwapo, some neighbours had seen him while he was sneaking into the house.

It was gathered that Akinyemi’s corpse was discovered at about 4pm by her mother and siblings when they returned home.

Although neighbours suspected Anuoluwapo, none of them initially came forward with information.

A police source said, “It was later, someone gave an anonymous tip to the police that Akinyemi had broken up several times with Anuoluwapo.

“He said each time; Anuoluwapo would get people from her community or the mosque where she worshipped to plead with her.”

No one knew where Anuoluwapo lived or worked. He had recently relocated from his home at Segun Kehinde Street, Ogijo to the PZ estate. In a bid to locate Anuoluwapo, police detectives were said to have picked residents who lived around Akinyemi’s home for questioning. Eventually one of the residents was said to have revealed Anuoluwapo’s place of work.

“A team of police detectives went to the company to arrest Anuoluwapo, but were initially refused entry. Eventually the Divisional Police Officer, SP. Toyin Afolaogun, had to come with the Divisional Crime Officer before Anuoluwapo could be arrested,” the source said.

A frightened Anuoluwapo was said to have immediately confessed his guilt upon questioning and led police detectives to his house where he had hidden the murder weapon.

He said, “The shirt which Anuoluwapo had worn to Akinyemi’s house on the day of the murder was found hidden in a corner with blood stains on it. The knife was found in his home.

“From our investigations, Akinyemi was already dead when Anuoluwapo had sex with her. When her corpse was discovered, her legs were still spread apart and they had become stiff. Semen too was found on her private part. Akinyemi’s body was discovered exactly the way Anuoluwapo had left it when he was through.” 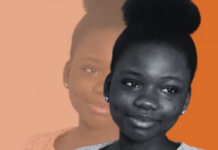 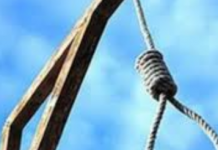 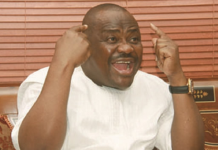 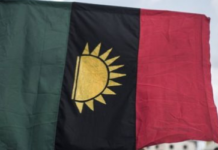 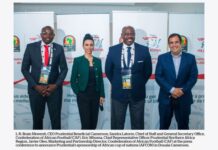 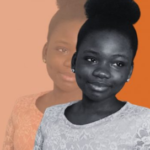 Threat to life: Ughegbe is cheap blackmailer, Police invited us too – Premiere Academy...

NEWS orijoadmin - January 18, 2022
0
The management of Premiere Academy has called on the public to disregard the blackmail launched against the school by one Lemmy Ughegbe, a so... 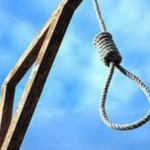 featured orijoadmin - January 18, 2022
0
Governor Okezie Ikpeazu has blamed the deplorable state of the roads in Abia on the activities of Abians who dispose of hot water used...
Advertisement

Threat to life: Ughegbe is cheap blackmailer, Police invited us too...