Home EXCLUSIVE HOW ABIKE DABIRI’S PARTNER WAS SHOT OVER DEBT, AS THEY OWE 16...

Following the directive of Central Bank of Nigeria(CBN) to banks to publicly name their chronic debtors, by the time all the 22 banks are through with the exercise, All Progressive Congress chieftain, Hon. Abike Dabiri’s public image will be in tatters, OrijoReporter can reveal.

Reason? Companies that she is on their boards with three others including her uncle, Engr. Lukman Erogbogbo are owing about 16 banks, and over the years defaulted on the loans. 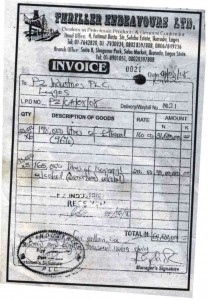 The companies are Babog Group, Thriller Endeavours, Bag-Eros and Bately World.
Investigation revealed that the loans were obtained in fraudulent manner. 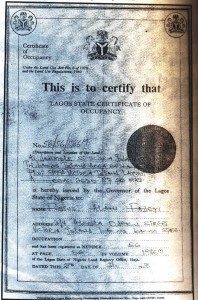 Babog and her sister companies, Thriller Endeavours, Bag-Eros and Bately World swindled banks by forging contract award documents, C of O and invoices (pictured right ) and using them to obtain loans, which they failed to repay.

With several offices across Lagos and the one at 3, Obafemi Awolowo Way, ikeja, as the headquarters, the Babog Group is a house of fraud where contract award documents, and invoices from blue-chip companies as well as property certificates of occupancy are forged and forwarded to banks, requesting for loan facilities to execute phony contracts. 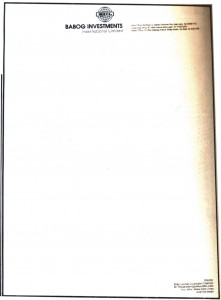 On Monday, Diamond Bank listed Hon. Dabiri’s Thriller Endeavours as one of its chronic debtors with N122m debt.

Last year, one of her partners on the four companies’ boards, Babatunde Ogunleye, was shot at his Ikorodu home (near General Hospital).

It was said that he duped an oil marketer at Maryland area (name withheld) of about N32,000000 (thirty-two Million Naira) worth of petroleum products. The oil marketer had believed his claim that he owned a petrol station in Ibadan and needed ten trailers load of fuel, which he would defer the payment.

Ogunleye’s request was granted. However, he sold it on the black-market, and fled the country to Ghana with the money before Interpol finally caught up with him some months later, and returned him to Nigeria. He was detained at Alagbon and released on bail after he promised to redeem his early pledge to the oil marketer.

Orijoreporter was told that after repeated default in debt payment schedule, it was alleged that operatives from Alagbon went to search for him in his Ikorodu House. On sighting the police, it was said that Ogunleye attempted to jump his fence and bolt away but a shot was fired at him, which hit him in his leg.

It was further gathered that his leg was badly damaged and after several months in hospital it was amputated. 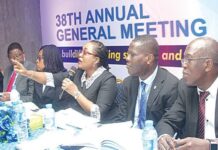 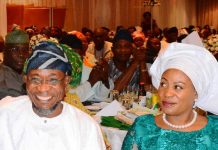 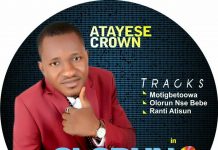 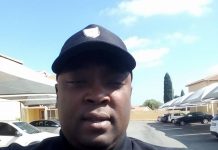 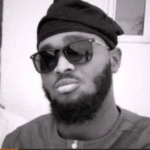 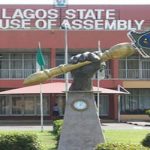 NEWS orijoadmin - August 8, 2022
0
The Lagos House of Assembly has begun probing the 20 local governments and 37 local government development areas (LCDAs) to justify the accountability of... 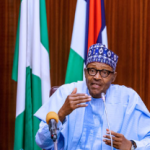 featured orijoadmin - August 8, 2022
0
President Muhammadu Buhari has called on leaders of Igbo extraction to make known those behind the recent killings of some citizens of Niger Republic in...
Advertisement