Home ENTERTAINMENT MARRIAGE IS NOT FOR EVERYBODY- AYO ADESANYA

Once-married to Goriola Hassan, a colleague of hers, Nollywood actress Ayo Adesanya has had lot of bitter tales to tell about the union, which produced a child.

The saga of their break-up was made up of accusation and counter-accusation that bordered on infidelity and domestic violence.

The 45-year-old curvaceous actress in a recent interview during the occasion of the celebration of her 20th years anniversary on stage, said that she has not foreclosed the possibility of remarrying but has her reservation about the marriage institution.

“When people ask me that question, they just get me confused. Fine, God said we should come to the world, get married and multiply but you know what? I’m beginning to think marriage is not for the whole world. It’s not everybody that agrees to that because these days, people are getting so hostile. People fall in love; it’s not as if you don’t find love but does it really last?

“You keep wondering that today they’ve broken up, tomorrow they’ve broken up; it’s not a good thing really. When you’re asking me if I’m going to get married again, I’m not God because you really can’t play God when it comes to what is going to happen.

“Tomorrow, I might just meet somebody that would sweep me off my feet, so it’s not as if I’m closing the door totally. God is the owner of my life, so if he says okay, this is what he wants. But then, it doesn’t mean you cannot be happy if you’re not married. 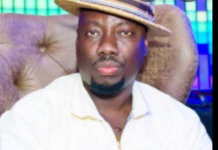