The clergyman died on Thursday in his residence, No 65-67, Adinlewa Street, Akure at the age of 83.

Famous for performing miracles at evangelism grounds and on his television programmes, Prophet Obadare was blind for most part of his life. From Ilesa in Osun State, Obadare said he was not born blind but became blind when he fell ill at a tender age.

Confirming the development, one of the sons of the deceased, Joseph, said his father died in the afternoon of Thursday. He, however, said further details about the death of the man of God would be made known by the eldest son of the deceased who was said to be on his way back to Nigeria from the United States of America. The young Obadare said, “It is a fact that Baba has passed unto glory but I am not in a position to give details of the development. When my brother comes back, he will give the necessary information as he is in the best position to talk.” 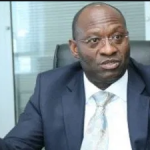 NEWS orijoadmin - September 20, 2021
0
Bridging the gap to attain sustainable solutions to economic recovery will be the most impactful route to drive lasting and meaningful growth; for this...

featured orijoadmin - September 20, 2021
0
Fifteen years after the last census, Nigeria is likely to have another headcount next year. This is according to The Nation. It said President Muhammadu Buhari...
Advertisement

41% of Nigerians have HIV — Report