The leadership of the All Progressives Congress (APC) in Lagos, have backed plans by the current Finance Commissioner in the state, Ayo Gbeleyi to succeed the incumbent governor, Babatunde Raji Fashola.

The decision to present, Hon. Gbeleyi who is a Christian, emerged after due consultations with eminent Christian leaders and clerics who have promised to mobilise other faithful to vote enmasse for the party if a Christian emerges as gubernatorial candidate in the state.

The leadership of the All Progressives Congress after a thorough search have found a willing and reliable Christian candidate in Ayo Gbeleyi, a thoroughbred professional known for his exceptional brilliance and intelligence.

Since the searchlight has beamed on Gbeleyi, Christian leaders are delighted that Asiwaju Bola Ahmed Tinubu has not only heeded to their demands but responded accordingly. They had argued that Moslems have successively governed the state since the inception of democracy. It is just fair and equitable to allow a Christian to govern Lagos, given the fact that successive governors of the state since 1999 that democracy returned have been Moslems.

Besides, they argued that the three Senatorial seats are occupied by Moslems. The call for a Christian governor, observers of politics in the state reasoned is not to ignite any religious crisis but to ensure balance and equity.
Observers opined that the efforts of successive administrations in the state in the areas of governance, accountability and reliability are not and should not be exclusive of faith or religion.

A thoroughbred candidate like Gbeleyi, they posited, is equally suitable for the exalted post. With his pedigree and insights in public service, finance, procurement, construction, project management, etc, he is, no doubt, a round peg in a round hole.

It could be recalled that he singlehandedly planned and made a major breakthrough with his well-thought-out Public Private Partnership (PPP) initiative in Lagos. While he served as the Director-General of the parastatal, he also doubled as the Senior Adviser to the Executive Governor Babatunde Raji Fashola on the project.

Overtime, his visionary leadership amid pressure, necessity and even adversity on several projects in his purview yielded unprecedented positivity and growth that sooner than ever, Lagos becomes an envy spot in PPP.

Commendable is his ability to work seamlessly with the Ministries Department Agencies (MDAs) to realise and institutionalise Lagos of our dream and the government strides to make the state a Megacity is achieved.

The beauty and elegance we see in the services of the Bus Rapid Transit, (BRT), Lekki-Epe Toll Concession, the Independent Power Plant, Oluwole and Tejuoso Market Developments, Adeniran Ogunsanya Ultra Modern Shopping and Retail Commercial Centres are some of the lofty ideas he has shared and executed with the support of the purposeful leadership in the saddle of governance in the state.
Asiwaju after wide consultations with all interest groups and political blocs in the state is optimistic that Gbeleyi with his background can effortlessly manage the internally generated revenue of over N18billion of the state and continue in the stride of previous governments to make Lagos an enviable commercial base.

It takes a visionary leader to fish out a promising successor. Asiwaju Tinubu, from all ramifications has proven that he knows one when he sees one. His ability and confidence in his choice of BRF as his successor has proven his insightful leadership. He will not go wrong with Ayo Gbeleyi.

According to reliable sources, Gbeleyi, in readiness for the task ahead, has not only received the nod of formidable stakeholders in politics, he has built a financial war chest in excess of N8 billion to prosecute his electioneering campaign. His readiness from all fronts, our sources hinted, gives Asiwaju a strong conviction that he is the man for the job and other contenders are pretenders. He has also built a formidable media team to actualize his dream.

For Gbeleyi, it has been a calculated rise to the top. His recent appointment on the recommendation of his immediate past boss, the former Finance Commissioner, Hon. Tokunbo Abiru, the express approval by the Executive Governor Babatunde Raji Fashola and the state’s Assembly speak volume of his character and disposition towards public service. With his record of service, wisdom and support from all stakeholders and the people of Lagos State, Hon. Ayo Gbeleyi is poised to steer the ship of the state to greater heights.

Police release Okorocha because he was defecating – Imo govt 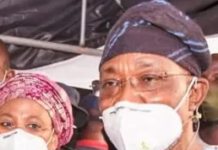 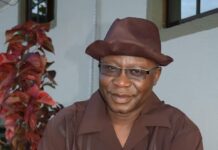 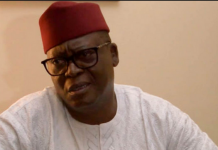 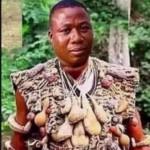 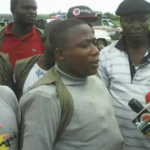 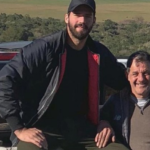