The Group Chief Operating Officer of telecommunication giant, Globacom, Mohammed Jameel is a very patient person. But for some reasons, Otunba Mike Adenuga was bent on discovering the limits of his patience. And last year December, Jameel’s patience evaporated as he left Nigeria for his country, India and has refused to return.

His action was apparently due to Globacom owner, Otunba Mike Adenuga’s non-adherence to best practice, which sparked war between them. An interesting example of jungle employer, the Ijebu-born billionaire gives his employees an amazing amount of poo, including those in the management team.

Loud-mouthed, Adenuga has a history of hurling abuse at his employees. It is said that he is also quick at regaling his employees with tales of how he made it early in life when they disagree with him on official matters. “When Otunba’s view on an issue is not shared, he insists that his would be the official position of the company, and he would berate anyone with different views” said inside sources.

A disturbing mantra, Otunba Adenuga has also created an atmosphere of mistrust in Globacom with the accounting method in operation. He is the only one who signs the company’s cheques. Last year when he slumped in his Lagos office at Adeola Odeku in Victoria Island, and was flown abroad for medical attention, many companies that Globacom was indebted to, waited for several days for his return before they got paid.

This crude management, ruptured the ties between Otunba Adenuga and Globacom Group Operating Officer, Mohammed Jameel who had long been swallowing his frustration until last December when he walked out on the job, and left for his country, India. “Jameel did not even resign, he just left like that. The last time something like this happened, we had to wait for his arrival before some jobs were done. But now we are going about our jobs as usual” a Globacom staff who craved anonymity told orijoreporters.

However, long before Jameel’s action, his deputy, Mr. Kenhoul, a Briton was furious at the unfair way Adenuga treats his employees, and had walked out on him and his job, and went back to Britain. He recently returned to Nigeria to set up a communication company. 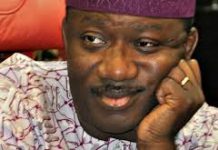 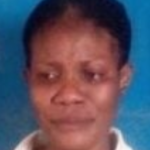 HUMAN INTEREST orijoadmin - July 31, 2021
0
A woman, Kafayat Lawal, is held by the police in Ogun State for allegedly killing her daughter, Ayomide. The incident happened at Ogijo in Sagamu... 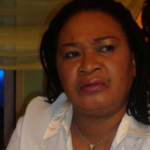 ENTERTAINMENT orijoadmin - July 31, 2021
0
Report making the rounds said that popular Nollywood actress, Racheal Oniga, is dead. Oniga died on Friday night at the age of 64. The cause of...

NEWS orijoadmin - July 31, 2021
0
The former Chairman, Senate Committee on Health, Senator Lanre Tejuoso, said Nigeria has one doctor to 40,000 patients as against the one to 400...
Advertisement

See Full Text of Conversation Between Hushpuppi and Kyari as Released...