Three band boys of Gospel Musician, Yinka Ayefele who went AWOL about seven months ago when they went on a musical tour of United States with their leader have formed a musical group in the US.

The trio of Olugbenga Motimoke, Ojoyido Adegbenga Ezekiel and Olusola Kayode Isaac were said to have formed a new group named Perfection International Band. The band, which has started doing private gigs across some United States cities, have Motimoke, popularly known as Yatty as the new leader.

It would be recalled that on 2 September 2013, the trio joined their boss, Ayefele, on the tour of some US cities. In the middle of the tour, the three defected at various time and cities.

First to make the run was Yatty, a vocalist who ran away on 11 October, 2013 while the band was on tour of Washington DC. Isaac, another vocalist, followed Yatty’s footsteps on Monday 14 October, 2013 as he defected at the La Guardia Airport, New York, on his way from Houston, Texas, while the third Ezekiel, a keyboardist, defected at the band’s hotel at Howard Johnson Inn on Rockaway Boulevard, New York on Tuesday, 15 October.

The defected band members were promptly reported to the United States Department of Homeland Security, DHS. 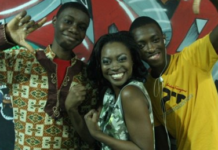 Orisabunmi, siblings did not die of COVID-19 – Actor, Mr Latin