Five Shinkafi Emirate Council members in Zamfara State have relieved themselves of their various chieftaincy titles over the conferment of a title on a former Minister of Aviation, Femi Fani-Kayode.

The Emir of Shinkafi, Alhaji Muhammad Isah Makwashe decorated Fani-Kayode with Sadaukin Shinkafi title, a conferment that has sparked outrage in the community and its environs.

Aggrieved community leaders under the banner, ‘Shinkafi Concerned Citizens’ at a news briefing in Kaduna gave the emir twenty-four hour to strip the Peoples Democratic Party, PDP chieftain, of the tittle, failure they will recourse to legal action and force the monarch’s hand.

Speaking at the occasion, the Sarkin Marayun Shinkafi, Dr Tijjani Salihu Shinkafi said, “After 24 hours, if the decision is not reversed, the emir should expect the wrath of the law and he should also resign.

“We are going to take to the streets in protest against his decision.”

El-Rufai: I won’t pay bandits even if they kidnap my son 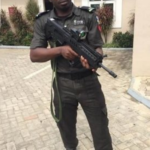