Former governor of Ogun State, Otunba Gbenga Daniel, said it was the dying wish of late Senator Buruji Kashamu to hand over the state’s Peoples Democratic Party, PDP structure to him before his death.

Kashamu died of complication arising from COVID-19 on Saturday at First Cardiology Hospital in Lagos.

Daniel on Tuesday paid a condolence visit to the family of the deceased in Ijebu-Igbo area of the State during which he spoke of the late Senator’s dying wish, according to a statement released by his media aide, Steve Oliyide.

Oliyide said at the occasion his principal corroborated the claim by  Dr Remi Bakare, who spoke on behalf of the Kashamu political structure that the late PDP governorship candidate in 2019 election was poised to cede the party structure to him(Daniel) before death came calling.

The statement read partly, “OGD said, ‘It was true that Buruji sent a delegation to me last Wednesday, August 4, 2020, who came to discuss with me about his wish that I should provide further leadership for the political structure, which he built and had nurtured over the years.

“When the representatives, who included his lawyer, came, I discouraged political discussions and pleaded with them to all go and pray for his survival. Unfortunately, he passed away a few days after.

“We’re mourning a great man. His wish was to make peace with everyone before his death. As human, you must have strong friends and strong enemies.”

El-Rufai: I won’t pay bandits even if they kidnap my son 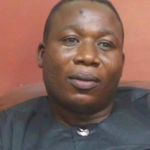