The ex-governor’s media aide, Hakeem Bello on Saturday said Fashola’s twitter account may have been hacked on Friday as many of the former Lagos governor’s followers on twitter inundated him with calls to draw his attention to the fraud on that day.

Recently, the immediate past Lagos governor was subjected to public criticism for using N78.3million of Lagos tax-payers money to upgrade his personal website.

Emirates land In Nigeria In Style 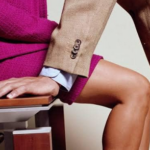