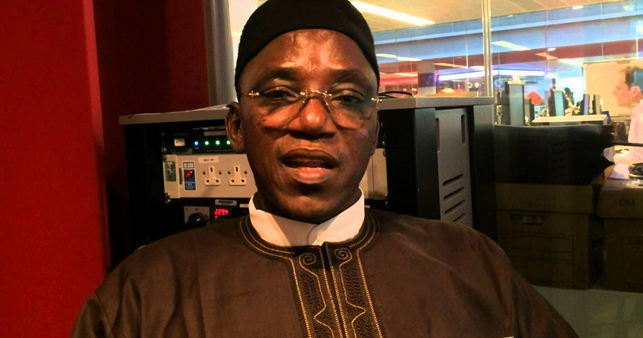 Federation International Football Association, FIFA, has turned down proposal by the Minister for Sports, Solomon Dalung to lead a delegation to the association’s Zurich headquarter in a bid to discuss the ongoing leadership tussle rocking the Nigeria Football Federation (NFF).

Nigeria is on the brink of being banned by FIFA on account of the crisis as the World’s Football governing body insisted on the recognition of Amaju Pinnick as NFF’s president as against Chris Giwa who the minister is backing on the grounds of a controversial court judgment.

In a bid to circumvent FIFA’s judgment, Dalung wrote to FIFA on Wednesday, August 15, through the office of the Nigerian Ambassador to Switzerland, seeking to meet with the FIFA President Gianni Infantino alongside members of his reconciliatory committee and Chris Giwa, head of the other faction.

In a swift reply to Dalung’s request, Secretary General Fatma Samoura rejected the idea while reiterating the stance of the Bureau Council of FIFA to ban Nigeria on Monday if they fail to do as requested.

“While we are aware of the seriousness and urgency of the matter, we regret to inform you that we are not in a position to respond favourably to your request for an appointment with the FIFA Ieadership. In fact, the FIFA President is indisposed during the proposed period,” stated FIFA in their response.

“Moreover, we would like to recall that one member of the proposed delegation, Mr Chris Giwa, is currently under a worldwide ban, in accordance with the decision of the FIFA DiscipIinary Committee dated 10 January 2017 to extend the five—year ban from taking part in any kind of footbaII-related activity imposed by the Nigeria FootbaIl Federation’s (NFF) Disciplinary Committee on 12 May 2016,” added FIFA.