Enimielen George, a bereaved friend of Late Enyioma Okwudiri, a staff of Ecobank, who was shot dead by suspected hired assassins on Saturday in Umuka, in the Okigwe Local Government Area of Imo State, has claimed that after the late banker was reportedly killed, the deceased was still replying to text messages sent to his mobile phone.

George made this claim in a post on Late Okwudiri’s Facebook wall where another of the deceased’s friend, Chukwuemeka Christopher Nwankwo, said when he heard of Okwudiri’s demise he thought it was April fool.

“How can he be dead when he is still replying messages. Please he is not dead in Jesus.”

“Please my Condolences if is true let us all please hold our God very well,” George wrote in two different posts.

“This is inconceivable! I practically take this as “April Fool” and advise that it is too costly to say that Okwudiri Enyioma is dead. Pls I for one dissociate myself from this rumour,” Nwankwo posted when the news of the death of the 30-year-old reached him.

Late Okwudiri, who was single was shot dead alongside one Nanman Lamak at around 9.00pm near Benex Hotel, a hotel he reportedly owned.

It was said he was driving in a Honda civic with late Lamak and a lady when their attackers who were in another car waylaid them and shot the duo of Okwudiri and Lamak. 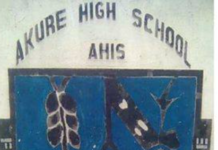