Actress Juliet Ibrahim has been ambassador of telecommunication giant,  Globacom.

Juliet’s appointment was contained in statement released by Globacom on Friday in which the company announced that they have inducted four ambassadors.

Others inducted into the exclusive Hall of Fame for Globacom’s brand icons are, Olamide, Timaya and Joselyn Dumas

Juliet Ibrahim is an actress, film producer, director, singer , entrepreneur and humanitarian of Lebanese, Liberian and Ghanaian descent.   Juliet Ibrahim, a multi-linguist who speaks English, French and Spanish is described as one of the prettiest female faces in Africa. The multiple award-winning actress who started acting over 10 years ago has over 100 movie features to her credit.

Apart from acting and managing her production outfit, She also runs Juliet Ibrahim Foundation (JIF) which was launched in December 2011 to start an awareness campaign to help Ghanaians, Nigerians and other West African citizens to know their status and prevent kidney cancer and other kidney related ailments from getting to the incurable stage.

She is a multiple award winner who has over the years garnered several awards for her outstanding achievements in the movie industry as well as her humanitarian services.

She is a strong advocate for the fight against Ebola, a cause she’s so bent on achieving and she even has an audio and video awareness song on the killer virus.

Juliet is also a compere who stunned the world recently when she co-hosted the world famous CAF Awards in January 2016 where she dazzled as she spoke English and French exhibiting the extent of the reach of football across the globe. 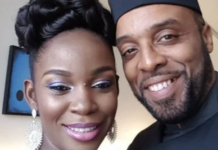