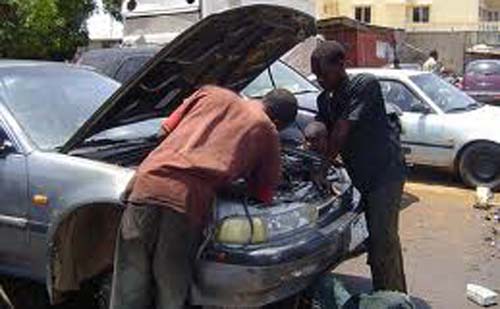 A 21-year-old mechanic, Ojodale Ameh, has been remanded in prison custody on the orders of a Lokoja Chief Magistrate Court for allegedly raping an 11-year-old school girl (name withheld).

The Chief Magistrate, Mr. Alhassan Hussaini gave the order on arraignment of the accused by the police yesterday in Lokoja.

According to the prosecuting police officer, Mrs. B.A. Nwadiae, one Elizabeth Idoko of Ibecheba area of Idah reported the matter at the Divisional Police Headquarters, Idah on January 15, 2014.

Idoko, according to the prosecuting Officer, returned home from the market where she went to buy chicken to hear unusual noise emanating from her room and when she opened the door, she saw her 11-year-old sister crying.

On inquiry, the primary school pupil told her that “Ojodale Ameh” whom she sent to deliver chicken at the house, seeing that the girl was alone, had dragged her into the room and raped her.

Nwadiae said the accused was being charged with rape, an offence contrary to section 283 of the Penal Code for the alleged unlawful act of having carnal knowledge of a minor against her consent.

She however told the court that investigation into the case was on-going and asked for adjournment to enable the police complete their investigations.

Hussaini, in his ruling ordered that the accused be remanded in the Federal Prisons, Idah.

In the interim, he said, “I hold the view that it would be appropriate to send this case to its place of origin. Accordingly, this case is transferred to the Chief Magistrate Court I, Idah for mention on January 22.