A motorist has killed a dispatch rider in Surulere area of Lagos State.

Neither the identity of the killer nor his victim has been made public.

But the incident happened July 27, around 10am in the area, according to report doing the rounds.

It said, both were involved in an accident and in the heat of it, the motorist reached out to two jackknives in his vehicle and stabbed the dispatch rider in the back and neck.

It was not known whether the attack was provoked beyond the crash, however, the motorist fled the scene leaving his victim in a pool of blood.

People who were drawn to the scene rushed the dispatch rider to hospital where he was confirmed death.

It was further gathered that police have launched a manhunt on the suspect. 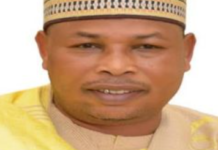