Super Eagles Team B striker, Chisom Chikatara, hit the football scene with a bang after scoring three goals against Menas of Niger in the ongoing African Nations Championship in Rwanda.

Chikatara who is fondly called ‘Kolanut Boy’ dedicated his hat trick to his late mother.

And in an interview the 21-year-old Aba Warrior player granted Complete Sports in Kigali, he said he is nick named after his late mother’s business.

“My late mother who was a popular Kolanut seller in Umuahia during her life time wanted me to follow her line of business, but my dream was to become a successful footballer.

“My only regret is that she is not alive to witness this great occasion. I want to dedicate the three goals to her,” Chisom Chikatara said. 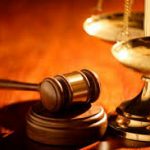