The Nigeria Centre for Disease Control, NCDC, has shared more insight into the nature of ravaging coronavirus pandemic.

NCDC in a data, said persons within the age of 31 to 40 years age bracket, particularly the male gender stood higher risk of contracting COVI-19 than others.

However, the report said the mortality rate due to the dreaded virus among the group is lower in comparison with persons aged, 61 to 70.

“(People) between 31 and 40 years (of age) have the highest rate of confirmed cases. More males in that age category are confirmed cases but with lower mortality rate. Age 31-40: Male – 797 infected with seven deaths, female – 324 with four deaths but lower mortality compared to older persons,” the data revealed.

It added that people between 60 and above have the highest fatalities, saying “Ages 61 to 70: Male, 188 infected with three deaths, Female, 52 infected with four deaths. Age 70 plus: Male, 74 infected with 12 deaths, female, 33 infected with five deaths. Highest rate of mortality, comparable to global data.”

NCC explains how firms can link SIMs with NIN 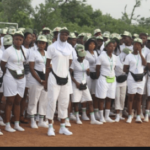