Takasu earlier promised each player of the Nigerian U-23 team $30, 000 if they win the gold in the men’s soccer event and would pay the team $20, 000 dollars for silver and $12,000 for bronze following the trouble the team went through before getting to Rio.

He made good his promise after the Dream team V1 won bronze medal on Saturday beating Honduras 3-2 in the third place match after losing 2-0 to Germany in the semi-final by giving out $200,000 to Coach Samson Siasia and $190,000, to the players.

Before then, ex-Super Eagles goalkeeper Peterside Idah posted on his twitter handle, @IdahPeterside, alleging plot by the NFF to bully the team and the technical crew to hand over the cash gift to the federation.

Continuing, “The Japanese surgeon is giving the money to the team directly at their hotel after this victory. congrats guys. speak the truths even it hurts.

“ALL IS WELL TWO CHEQUES HAVE JUST BEEN HANDED OVER TO THE TEAM ..ONE IN SAMSON SIASIAS NAME,AND THE OTHER MADE OUT TO THE NAME OF MIKEL..” he said in different posts.

The posts sources said made the NFF to drop its plan to hijack the money.

However, the football federation has debunked the ex-international’s claim on its twitter handle.

“His message was a lie, an atrocious false alarm before an important match. I had exchanged correspondence with the Minister on the issue of the donation and we agreed that there was need for caution. The Minister said to me that he read the donation in the papers and had expressed serious concern. I also received a mail from the NFF Integrity Officer who expressed very serious concern with this kind of donation.

“I got in touch with the Ambassador of Nigeria to Brazil and the Minister to say that whatever had to be done should be done after the Bronze Medal Match, to avoid any distractions. The NFF may be having financial challenges, but I assure you nobody in the Federation is interested in that money. If we get the Government’s go-ahead to collect the money, no official of the NFF will be involved even in the collection. The money will be received directly by the team,” the federation explained. 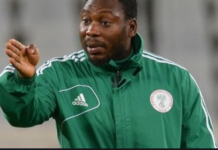 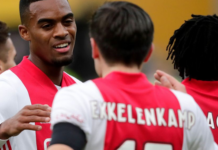 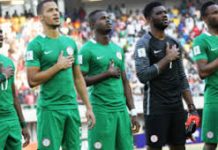 Saka reveals why he chose England over Nigeria 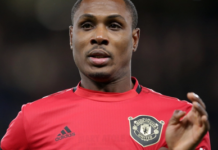 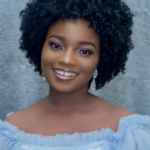 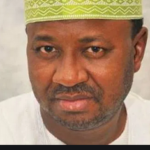