Ajuwon, gave this evidence at the commencement of trial of a former Commander of the Military Joint Task Force in the Niger Delta, Maj. Gen. Emmanuel Atewe.

Atewe is charged alongside a former Director-General of the Nigerian Maritime Administration and Safety Agency–NIMASA, Patrick Akpobolokemi, Kime Engozu and Josephine Otuaga over N8.5 billion fraud.

They are being prosecuted by the Economic and Financial Crimes Commission (EFCC), on 11 counts bordering on the offence.

When the case was called, the prosecutor, Rotimi Oyedepo, led his first witness (PW1) in evidence-in-chief.

The witness narrated that on the whole, NIMASA made an in-flow of cash to the tune of N8.5 billion into the account of the Joint Task Force, Operation Puelo Shield.

He also informed the court that between Sept. 5, and Sept. 16, 2014 a total of N1.8 billion was moved from the said account, into the accounts of Jaggan Ltd, Paper house service Ltd, East point services Ltd and Al-nald Ltd.

The witness stated that “On Sept. 3, 2014, there was a Nigeria Electronic Fund Transfer (NEFT) of the sum of N2.4 billion to the account of Joint Tax force, Operation Puelo Shield, and this was from NIMASA.

According to the witness, these amounts represented the in-flow of cash into the account of the Joint task force, between Sept. 3, 2014 and May 12, 2015, by NIMASA.

The prosecutor then asked the witness to also explain to the court the various transactions involving monies going out of the said account between Sept. 5 and Sept. 16, 2014.

“On Sept. 5, there were several transactions involving monies going out of the account of the joint task force.

Giving a breakdown of the transactions carried out from the said Joint task force account on Sept. 9, 2014, the witness told the court that a culmulative transfer of N150 million was made to Jaggan Ltd.

On the breakdown of transaction executed on Sept. 16, 2014, the witness explained that there was a transfer of about N150. 5 million to Jaggan Ltd, and a transfer of N68.2 million to De new link integrated services Ltd.

He said that there was also a transfer of N150 million and N100 million respectively, to East point integrated services Ltd.

Consequently, Justice Saliu Saidu, adjourned the case to Oct. 19, for continuation of trial.

In the charge, the anti-graft agency alleged that the accused conspired to defraud NIMASA of N8.5 billion using six companies. 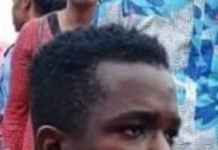 Baba Ijesha: I didn’t set up my daughter to be molested – Princess

featured orijoadmin - July 27, 2021
0
A nine year girl, Joanne Ogar, has been arrested for the fire that engulfed the massive Prince Ebeano supermarket in Abuja on July 18,...
Advertisement