The Ogun State Sector Commander, FRSC, Mr. Clement Oladele, has disclosed that Ogun State is one of the five states in the federation with the highest number of traffic fatalities.

Oladele made this disclosure on Thursday during his courtesy visit to The PUNCH headquarters at Magboro, Ogun State.

He said despite the dropping of national road accidents’ figure since 2011, the data of fatal crashes for Ogun State has been on the increase.

The Sector Commander explained that the state shared about 1.7 per cent of the national road traffic crashes in 2011 but the figure went up to over four per cent in 2015.

“It is not surprising, because about 3,500 trucks pass the corridor of Lagos/Ibadan Expressway from Ogere up to Mowe everyday. 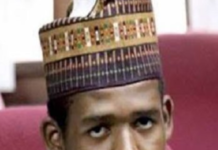