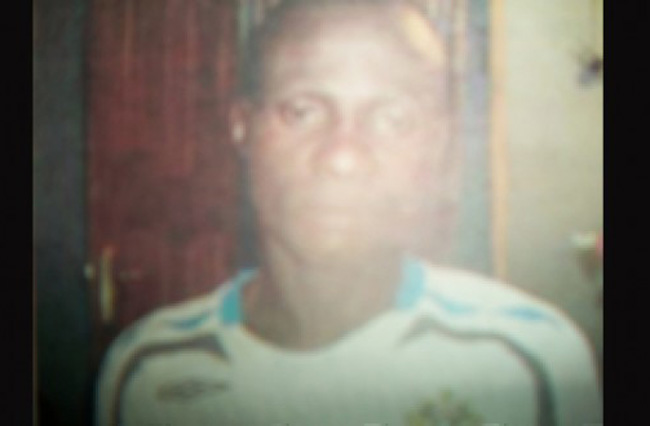 An Okada rider has been arrested for raping his passenger in Ibadan, the Oyo State Capital.

The suspect, Ogunsanya Matthew (pictured) who was caught in the act by a security guard near NIHORT at Idi-Isin abandoned his motorcycle and fled to escape arrest and mob action.

The matter was reported at the Eleyele Divisional Police Headquarter, where the motorcycle was impounded. It took the police two weeks of intensive investigation before Matthew could be arrested.

The passenger said she was raped by Matthew after he had diverted her to a place near NIHORT at Idi-Isin, Ibadan.

“I asked him to take me to Molete from Queen Cinema but when we got to Dugbe he turned to Eleyele road after he had touched me with an object. The next thing I could realise was that I was struggling with him after he had messed me,” the victim said.

But contrary to the allegation, he said he never raped the girl whom she described as his girlfriend. Matthew said he had approached the girl for a relationship, the affair to which, according to him, she accepted.

“I am surprised that she claimed that I raped her. We were even looking for hotel when she said she could not follow me to hotel. But when we got to Idi-Isin and found that cool place, I stopped and took her there. I ran away when I knew that the people who came might not want to listen to me,” he said.

Police source said he has since been transferred to the State Criminal Investigation Department (SCID) Iyaganku where he is expected to further authenticate his claim.