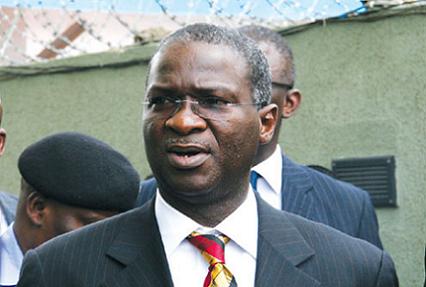 An anti-vandal squad of the Nigeria Security and Civil Defence Corps (NSCDC), Lagos State Command, was yesterday ambushed by armed policemen attached to the Nigerian National Petroleum Corporation (NNPC) who opened fire on them, killing two officers, injuring several others and freeing the pipeline vandal they had arrested.

While Adaji died on the spot, Aigbe was said to have given up the ghost at the Lagos State University Teaching Hospital (LASUTH) following fatal bullet wounds he received from the policemen.

It was reliably gathered that a police identity card with number 120622, belonging to one Inspector Sunday Gabriel, a pistol and a walkie-talkie believed to have fallen off from the policemen who killed and freed the four arrested vandals, were retrieved from the scene of the attack.

An NSCDC officer, who spoke on condition of anonymity, revealed that although the corps’ operatives exhibited maturity by not engaging the police in a bloody fight, they were, however, able to gather useful exhibits from the police, such as the pistol, an ID card and a walkie-talkie, to support their claim that the attack was carried out by the police.

According to the source, “The wounded operatives of the corps have the needed evidence proving that the Wednesday morning attack on them was carried out by men and officers of the Nigeria Police, who under normal circumstances should give us their backing, as the army, navy and other good-hearted sister agencies, who hold the task of redeeming the economy of this great country from the hands of this dreaded saboteurs, do.”

However, the Lagos State Command has denied the claims of the NSCDC on the incident, describing the allegation as unfounded.

The command, in a statement by its PRO, Miss Ngozi Braide, reads in part: “The Lagos State Command wishes to use this medium to put the record straight on what actually transpired at Isawo-Ikorodu at early hours of today (yesterday) between the NSCDC and the Police.

“At about 0145hours of date, there was a distress call from DM security, PPMC, Mosimi, that they were experiencing a drop in pressure on the pipeline.

The Unit Commander in charge of Konu immediately pulled out his men on Konu axis under Inspector Sunday Gabriel to proceed to the scene.

“As they were approaching, they heard sound of serious gunfire in their area of pipeline coverage and the Inspector instructed his men to proceed to that direction as it could be the activities of vandals.

“Upon arrival, they saw a group of Civil Defence Corps Members coming out from the direction where the shooting was earlier heard.

The NSCDC men challenged the policemen who were about four in number on what their mission was in the area, saying that it was their sole responsibility (Civil Defence) to guard and protect pipelines.”

According to Braide, it was at this juncture that an argument ensued between the NSCDC and the Police and the most senior NSCDC officer, DSC Olufemi, ordered his men who were about 14 in number to disarm, arrest and handcuff the police team leader and three other members of his team.

The police spokeswoman further said that it was as the NSCDC officials were about dragging him into one of their standby Hilux vehicles, that a phone call was put to the Police Unit Commander, following which the three other officers resisted the arrest, “and this infuriated Civil Defence officials who started shooting sporadically to intimidate and subdue the police officers”.

Braide said that before the police commander could arrive at the scene, the NSCDC officials had taken to their heels, abandoning the handcuffed and leg-chained police inspector with one of NSCDC personnel.

She said that it came as a shock to the police that at about 4am, the Civil Defence Corps Commander called the police commander, Mosimi, to say that he had lost two of his men and that their corpses had been deposited at the hospital.

She also noted Inspector Gabriel’s  pistol and other accoutrements were are still with the NSCDC.

The police image maker further alleged that in Alausa, Ikeja, at about 8am yesterday, the NSCDC officials abducted and assaulted three policemen, namely Sgt Charles Igiebor, Cpl Ekun Julius and Cpl Okoro Charles, who had gone for National ID Card registration exercise, and that they also started attacking policemen on sight in other parts of the state.

As a reaction to this, she said, the Lagos State commissioner of police immediately went on air to warn policemen not to engage in any form of confrontation with the NSCDC officials, noting that investigation into the matter had commenced. She advised Lagosians to remain calm.