Women who delay having children enter a ‘risk zone’ of problems in their early thirties, researchers say – much earlier than was previously thought.

The risk of problems such as premature and stillbirth rises by as much as 20 per cent for women aged between 30 and 34, compared with those having babies in their late twenties.

First-time mothers have previously been told they are at high risk above the age of 35, but more and more women are putting off having children until their thirties.

Professor Ulla Waldenström, who led the study, said: ‘To our surprise we found an absolute increase in risk for negative effects on pregnancy outcomes in the age group 30-34. These are independent of the effects of smoking and being overweight, which, when combined, lead to an even greater risk.’

Some of the country’s leading obstetricians and fertility specialists have warned that women who put off having children until their thirties are ‘defying nature’ and may not become mothers at all because of increased rates of risk and infertility.

Professor Waldenström’s team, from the Karolinska Institute in Stockholm and the University of Bergen looked at data from around one million first-time mothers in Sweden and Norway.

They compared the results of pregnancy in first-time mothers over the age of 30 with those aged 25 to 29.

First-time mothers have previously been told they are at high risk above the age of 35, but more and more women are putting off having children until their thirties

The results showed that for women in their early thirties, there was a one-fifth higher risk of giving birth very prematurely – during weeks 22 to 31 of pregnancy – or having a stillbirth. There was also a higher risk that the unborn baby’s growth would be restricted and that the baby would die.

First-time mothers in this age group were not previously seen as at risk.

Smoking and being overweight pushed up the risks of pre-term birth, stillbirth and neonatal mortality to the same level as that for women aged 35-39, said the report in the scientific journal Obstetrics and Gynecology.

Professor Waldenström said: ‘For women individually, the risk is small, but for society at large there will be a significant number of “unnecessary” complications with so many women having children just after 30.

‘It would therefore be advisable to inform both women and men, even at schools, of how important age is to child birth.’

‘Biologically the best time is probably 20 to 30,’ she added.

Prof Waldenström said many women wanted more than one child, which meant the age of the first was important.

She said the physiological effect of ageing on the womb and placenta was likely to explain the higher rates of complications. 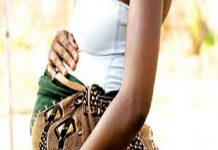