Home NEWS Some tricycle operators are involved in ‘one-chance’ – Association 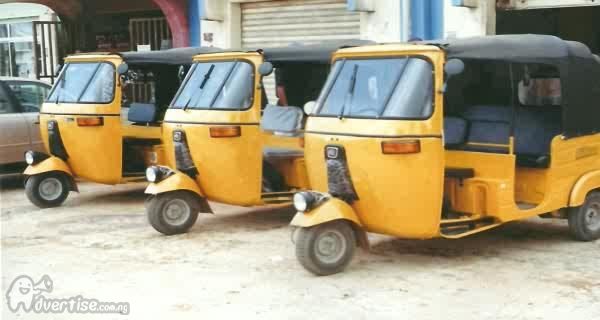 Tricyle Operators of Nigeria(TOAN), an affiliate of the National Union of Road Transport Workers(NURTW), has accused some commercial tricyclists of criminal activities.

The allegation was made by the chairman of Ifako ljaye branch ‘A’ of tricycle operators, Mr. Toyin Ibraheem while disowning riders, who recently protested alleged harassment at the Lagos State House of Assembly.

The protesters had accused the leadership of the union of harassment and forcing them to carry passengers free of charge.

But declaring that the protesters are not registered to operate in Lagos State, and are from neighbouring Ogun State, Mr. Ibraheem said most of them are criminals posing as commercial tricyclist.

“Many times we petitioned Area G Police Command about the illegal activities of these people because often we received complaints from passengers about these people’s criminal activities, such as one-chance.

“The law under which we operate is that every tricyle operator must pick passengers at designated park but in their own case, they prefer prowling around the streets,” he said.