U-23 Eagles media officer Timi Ebikagboro broke the news on his twitter handle with a photo of the pair.

Daniel who was in goal for the U-23 Eagles that won last year’s CAF U-23 Africa Cup of Nations in Senegal saved two penalties in the semi-final and final against the host and Algeria respectively. 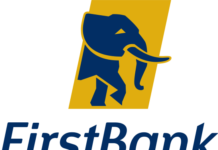 featured orijoadmin - January 26, 2021
0
A bookseller, Chinonso Ugochukwu, has been convicted of pirating the Holy Bible and other books. A Federal High Court  sitting in Uyo, Akwa Ibom State...

Who is Sunday Igboho?

NEWS orijoadmin - January 26, 2021
0
A relatively known name in Oyo and Osun states, Sunday Adeyemo a.k.a Sunday Igboho took upon himself the role of a freedom fighter for...

NEWS orijoadmin - January 26, 2021
0
Thomas Tuchel has been confirmed by Chelsea as successor to Frank Lampard as head coach. The German was confirmed on Tuesday by the club saying...
Advertisement

Tinubu gave me N2m to fuel my car when I visited...

Who is Sunday Igboho?