In an embarrassing gaffe, Anichebe copied and pasted a tweet to write from his social media manager – including the introductory message from the latter telling him what to post after his side, Sunderland lost 0-1 to WestHam at the weekend.

‘Can you tweet something like: “Unbelievable support yesterday and great effort by the lads! Hard result to take! But we go again!”,’ Anichebe wrote on Sunday afternoon.

Reports say that the message was hastily deleted but that was after the damage had been done. Anichebe was abused by Sunderland supporters and mocked by others.

He later claimed he had sent the message for somebody else to tweet for him because he was too busy to do it himself. That tweet has also been deleted, after he was abused. 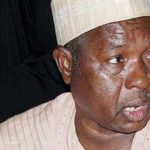 NEWS orijoadmin - December 1, 2020
0
No fewer than seven farmers, including a nursing mother, have been killed by bandits that invaded three villages — Tashar Bama, Dogun Muazu and...
Advertisement