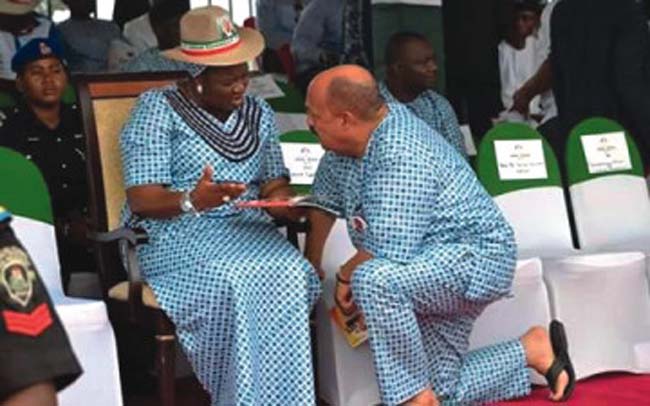 It has emerged that the wife of Akwa Ibom State Governor, Unoma Akpabio has a big influence in the government of her hubby after a commissioner was caught kneeling down before her(pictured).

Punch reports that many of the commissioners in the state cannot stand before Mrs. Akpabio to talk; they must either face a different direction or stoop low before her.

The commissioner for Women Affairs and Social Welfare, Dr. (Mrs.) Glory Edet, was recently seen fanning her during the presentation of the 2015 Appropriation Bill to the House of Assembly.