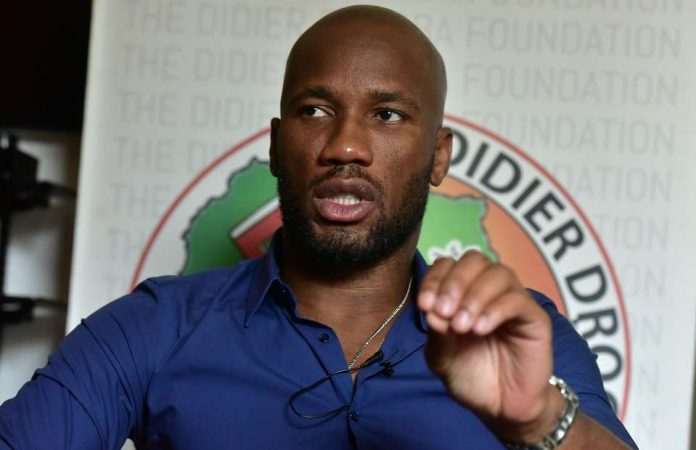 Former Ivory Coast captain Didier Drogba has advised the Super Eagles to keep to their style of play if they are to go far at the 2018 World Cup.

The Eagles kept their hopes of reaching the knockout stages after beating Iceland 2-0 in their second Group D match on Friday. They play Argentina on Tuesday in their last group match and must avoid a defeat to qualify from the group.

Drogba, who is a columnist for the World Cup with BBC Sport, said on Saturday that the Eagles must keep to their aggressive and fast style of playing if they want to go far at the tournament.

The former Chelsea striker said, “It has been a disappointing start to the World Cup for Africa – until Nigeria beat Iceland on Friday. There had been six defeats in seven games for the five African countries in Russia. So it was great to see the Super Eagles win, but the way they did it was just as important and impressive.

“In the second half, Nigeria came to life and played the way I want to see all the African teams play – going on the attack, using their pace and power, and having lots of shots. That is what I did not see in their first game against Croatia, when Nigeria were playing within themselves – keeping a good shape, playing safe, and passing the ball from side to side.

“This time, they went out just to win. They played with two strikers and they were so fast and aggressive going forward that they frightened Iceland. They were spontaneous and exciting, which is the way I expected them to play at this World Cup – and that is why they won the game.

“The point I am making is that they need to keep their identity as a team. It is important they keep doing that if they are going to reach the last 16. If they decide to stay defensive and start fearing conceding goals, they will be going home.”