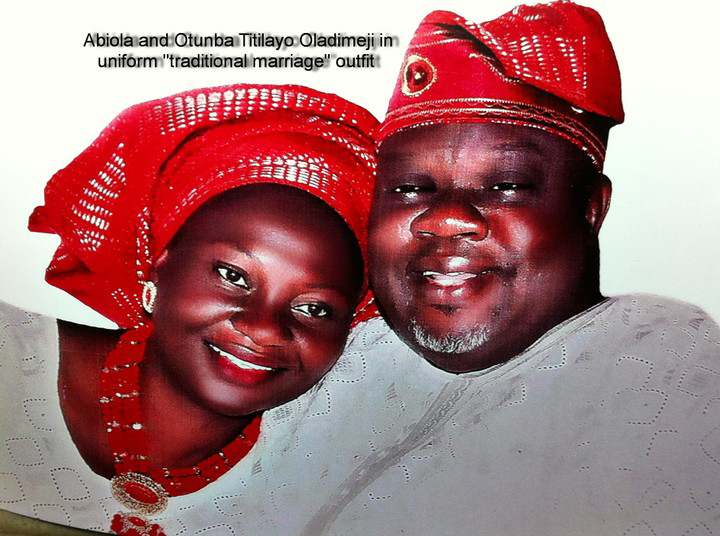 Before 2014, the marriage between Aderemi Remi Louis, a university lecturer and business man and Abolore Abiola blossomed like the morning lily. The marriage was blessed with three healthy children; two girls and a boy.

Aderemi was immersed in the oceanic love of Abolore, who was at the point of marriage, a student. He saw her through education and hatched a business plan of cosmetic production that began to experience boom, soon after take-off. The profile of the family rose.

Their shops became a beehive of activities as customers thronged to purchase their products. And in appreciation of a wife who was on top of activities at the shops while the hubby is away on his lecturing job, a Toyota Camry car was bought for Abolore by Remi, to ease movement to and from their business locations.

But the devil was lying in wait for the appropriate time to strike. A burial ceremony organised for the demised step father of Abolore in Ikorodu, Lagos, provided a soft landing.

It was at the funeral party that Abolore met one 57 year old Otunba Titilayo Oladimeji, aka Olusegun Ashogbon, an acclaimed international businessman, which investigation revealed to be a gigolo, always on the trail of affluent women to eke a living.

And with an impeccable track record of numerous such escapades, Abolore was soon to be lured into an amorous journey that not only marred her fifteen year old marriage but also made the three kids produced in the marriage fugitives in her new lover’s custody.

This secret romance continued for a year, with Abolore still under the roof of Aderemi in their Akanbi Street, Yaba, residence until the bubble finally burst last year when the former eloped with the three children in the car bought for her, to her lover man’s house, somewhere in Bariga.

The separation was casual as it was unannounced. The plan was hatched on a Sunday morning. The mother of three, a member of Redeemed Christian Church of God, RCCG, simply told her husband she was going for church service while embarking on the journey of no return.

First, her phone was switched off for three days while the husband was panting and going helter-skelter to fish her out before the phone suddenly came alive from the wife’s end, with a message that the marriage was over

Now living in a rented apartment at Awin Street, Bariga, the wife with the connivance of her lover man (both pictured above) are allegedly not yet through with Aderemi. It was said they are bent on seeing Aderemi dead even as they have already cornered his children and business outfits. 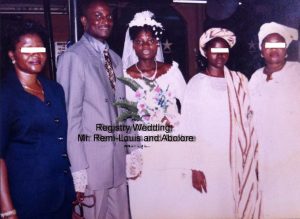 From their love nest in Bariga, death threats and attempts on the life of beleaguered Aderemi were reportedly daily routine.

It was gathered by OrijoReporter that Abolore has now given birth to another baby-boy, fathered by the ‘elderly’ Otunba Segun Ashogbon, after which they vacated their Bariga residence and moved into another house at Adewunmi Street, in Ikorodu.

On the heels of alleged incessant threats and attempts on his life, Aderemi last year sued Otunba Ashogbon over threat to his life.

Investigation further revealed that Otunba Ashogbon, is from Owo in Ondo State.

Before now, the self-styled chief has no known visible occupation, but parades himself as an “international businessman.” Information shows that he is an “international fraudster” who eloped from the United States and is on wanted list.

The alleged gigolo, reportedly uses fake names and identity. Impeccable sources said he has a wife in the United Kingdom and is a fugitive from both American and British authorities.

Otunba Asogbon, we learnt, at a time, tried to use the Camry car bought for Abolore, to crush Aderemi, but for the timely intervention of Police officers at Bariga Police station.

The lover man was said to have sent messages to Aderemi on accasions, threatening that “he will turn the husband’s body to Suya after killing him.”

The threats, led the court to remand him at Kirikiri Maximum Prison last year pending bail, for which Abolore’s mother, Alhaja Modinot, who lives at 3 Afolabi Ekiypyo, Solebo in Ikorodu, came forward to stand bail for the accused, claiming that the accused was her “son in-law.”

However, investigation revealed that the marriage between Aderemi and Abolore, which was consummated in 1999, is yet to be dissolved.

Abolore has also confessed that Ashogbon has not married her legally, though she bore him a child.

It was also gathered that Otunba Ashogbon has boasting that he is now the father of his rival’s three children, since their mother has filed a divorce suit against their father!

Abolore Abiola and Aderemi Remi-Louis legally got married in 1999(their wedding picture right) but she moved out of the marriage in April 2014. 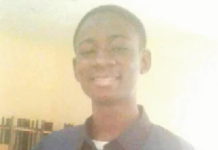 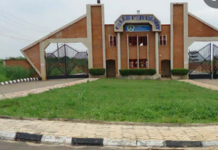 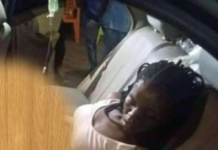 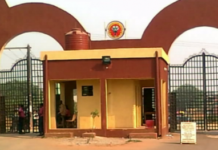 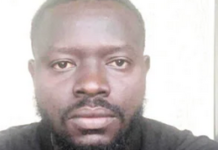 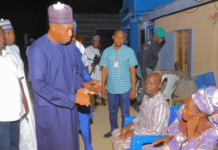 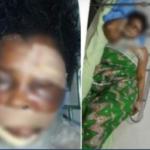 featured orijoadmin - September 17, 2021
0
An internet fraudster guy, better known as Yahoo boy, Emma Eregarnoma, has been arrested for attempting to use his mother, Mrs Oke Eregarnoma, for... 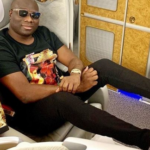 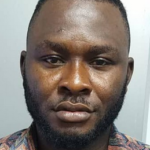 What doctor told me in hospital – EFCC chairman

You are Judas of Oduduwa, Gumi tells Fani-Kayode